We expect more of the corrective decline for natural gas during its upcoming trading.

Spot natural gas prices (CFDS ON NATURAL GAS) settled on a decline in their recent trading at the intraday levels, to record slight daily losses until the moment of writing this report, by -0.23%. It settled at the price of $6.948 per million British thermal units, after sharply declining in trading yesterday and for the second day in a row, a rate of -11.35%.

Natural gas futures tumbled for the second consecutive session on Monday, as traders moved to lock in profits after a massive rally in the beginning of May. A catalyst for this decline was the emergence of signs of a recovery in weak production, which eased concerns about insufficient supplies to meet the intense heat-driven demand in the south of the United States.

The two-day recession marked a pullback from last week when futures jumped to 14-year highs near $9.00. Traders took profits on Friday and buyers who had raised prices on supply fears pulled back, after prices reached extraordinary levels.

Technically, the price broke, with its recent decline, a minor bullish trend line in the short term, as shown in the attached chart for a (daily) period, amid its attempts to reap the profits of its recent rises. It is also trying to gain positive momentum that might help it recover and rise again, amid the influx of negative signs with indicators. The relative strength, despite reaching oversold areas, due to the continuation of the positive pressure of its trading above its simple moving average for the previous 50 days.

We expect more of the corrective decline for natural gas during its upcoming trading, aiming to search for a bullish bottom to take as a base that might help it start recovering, especially as long as it stabilizes below the resistance level 7.368, to target the pivotal support level 6.345. 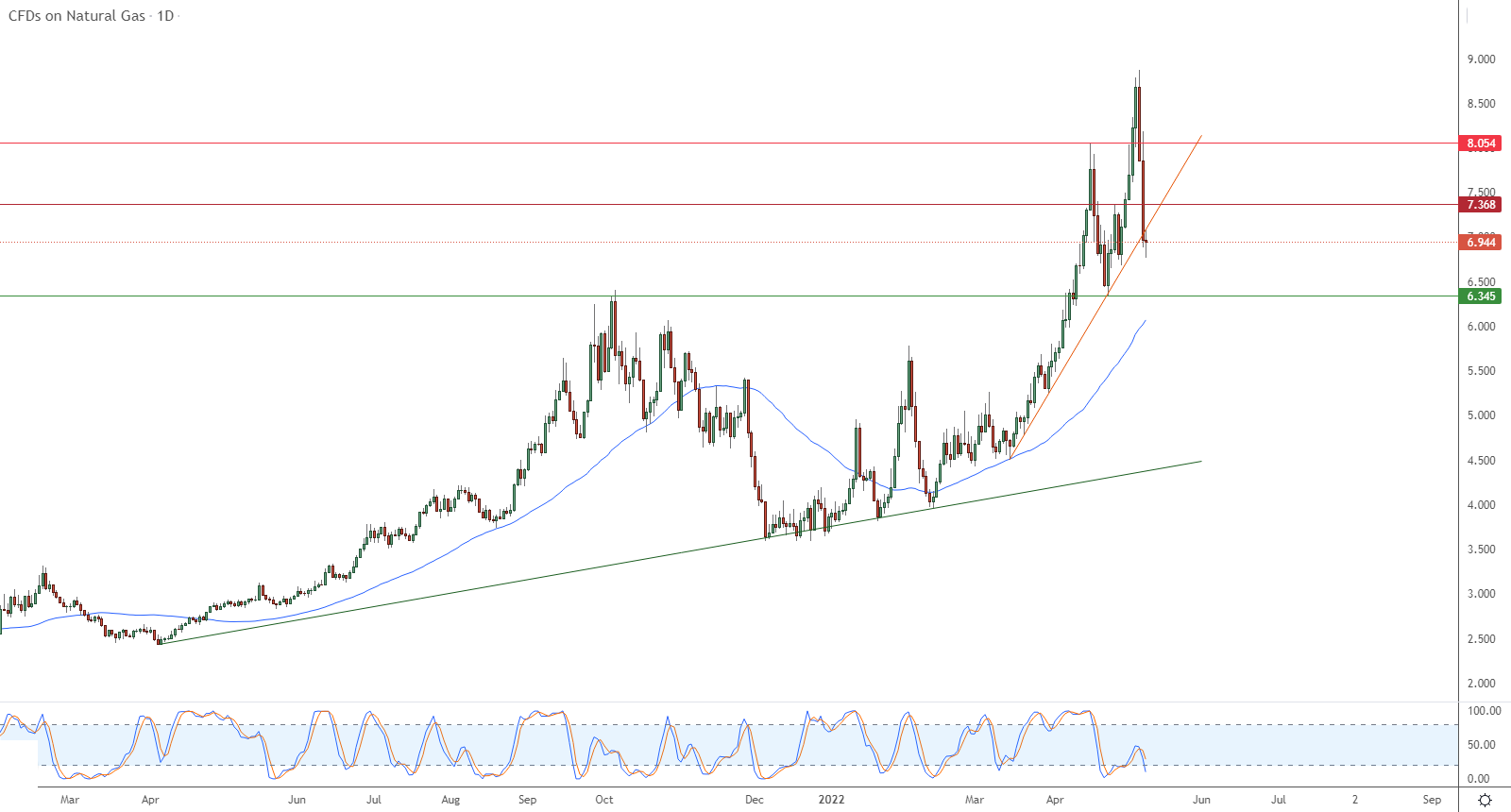