Pulls Back From the 50-Day EMA

Ultimately, this is a situation where you are looking for value in the US dollar, which is every time we have seen these European currencies rally.

At this point, I think we will more likely than not go looking to the lows again, and as a result, I look at short-term buying as an opportunity to start selling at the first signs of exhaustion. Ultimately, this is a situation where you are looking for value in the US dollar, which is every time we have seen these European currencies rally. I do think that Euro trading could break below the 0.95 level over the next couple of weeks. That being said, I do not think that the Euro turns around anytime soon unless of course there is some type of complete turnaround by the Federal Reserve.

Just because the Reserve Bank of Australia chose to raise interest rates by only 25 basis points instead of 50 does not mean that the rest of the central banks around the world are going to suddenly change their attitude. A lot of the morons on Wall Street decided that it was time to start shorting the US dollar, because clearly the Federal Reserve would follow suit. On the very next night, the Royal Bank of New Zealand chose to raise a full 50 basis points. What these traders did not think about is that these are 2 separate central banks, and they don’t necessarily control each other.

Ultimately, we are in a downtrend, we have been in a downtrend, and we will continue to be in a downtrend going forward. The 0.95 level did offer a bit of psychological support previously, so if we were to break down below there, then I think the market would go much lower. I do think that we make that move, because Europe is about to enter a horrific winter and the United States at the very least is somewhat self-sufficient. The Federal Reserve will continue to tighten monetary policy going forward, because inflation is still far too strong. 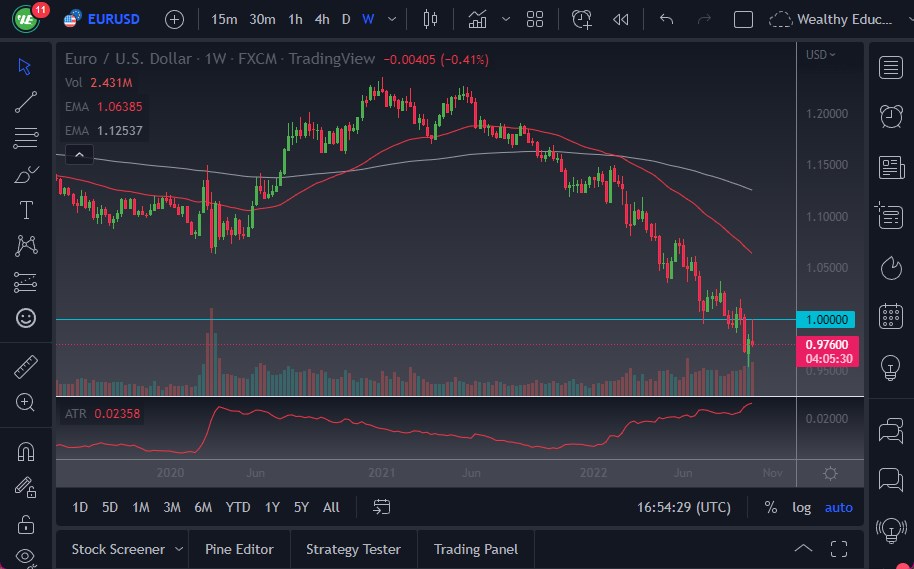 Ready to trade our Forex technical analysis? Here are the best Forex brokers to choose from.

Bullish on Bitcoin, US Senator Ted Cruz wants Texas to be a crypto oasis

Oil is trading higher after the weekend news