The Analytical Overview Of The Main Currency Pairs

Investors have now returned to riskier assets amid declining concerns over the Omicron strain, which has led to a small sell-off in the dollar index and a rise in the European currency (inverse correlation). The decrease in the growth rate of the money supply in the Eurozone is also a positive factor for the strengthening of the Euro.

From a technical point of view, the EUR/USD on the hour timeframe is still bearish. Yesterday, the buyers tried to break out through the priority change level, but the sellers protected their positions. The price is back in the corridor again, but the buyers’ pressure remains high. The MACD indicator is positive. It is better to consider sell deals from the 1.1342 resistance level. Buy trades can be considered on the lower timeframes from the support level of 1.1293, but only with additional confirmation.

Alternative scenario: if the price breaks out through the 1.1360 resistance level and fixes above, the mid-term uptrend will likely resume. 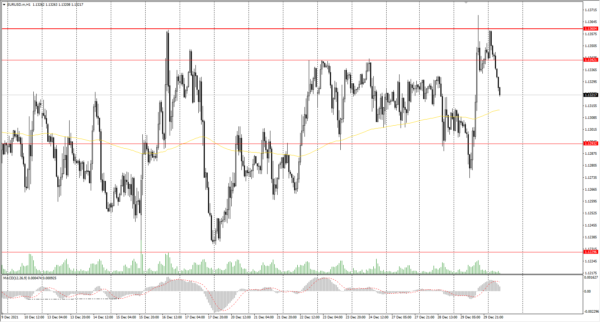 Great Britain reports a record 183,037 cases of COVID in a 24-hour period. But despite the increase in cases, hospitalizations are not increasing as rapidly; the health care system is coping. The UK has no plans to impose additional restrictions ahead of the holidays, and the Central Bank of England policy is now aimed at strengthening the pound sterling.

On the hourly timeframe, the GBP/USD trend is still bullish. But the MACD indicator is showing divergence on several timeframes; a technical correction may occur soon. Under such market conditions, traders should consider buy positions from the 1.3443 support level but only with additional confirmation in the form of a buyers’ initiative. Sell trades can be considered from the resistance level of 1.3507, but it is also better to wait for the sellers’ initiative.

Alternative scenario: if the price breaks down through the 1.3362 support level and consolidates below, the bearish scenario will likely resume. 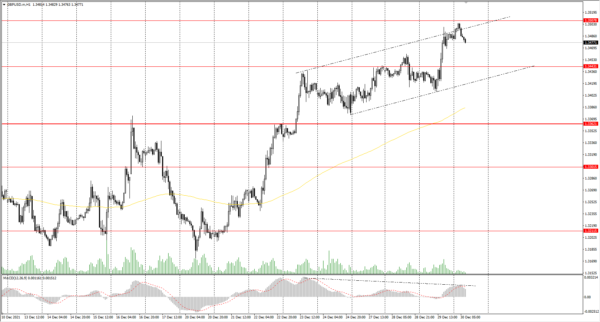 In terms of monetary policy analysis, Japan’s central bank is now actively stimulating the economy, while the US Federal Reserve is reducing its stimulus program. This central bank policy will contribute to a decline in the yen and a strengthening of the dollar index. Yesterday, USD/JPY reached a one-month high and was close to a four-and-a-half-year high.

The global trend on the USD/JPY currency pair is bullish. The MACD indicator is signaling a divergence at several timeframes, which means that a slight correction should be expected. Buy positions should be considered from the 114.50 support level, but with additional confirmation in the form of a buyers’ initiative. For sell positions, it is necessary to analyze the price reaction to the resistance level of 115.15. If there is a sellers’ initiative here, it is possible to look for sales on lower timeframes but with short targets.

Alternative scenario: if the price fixes below 114.16, the uptrend will likely be broken. 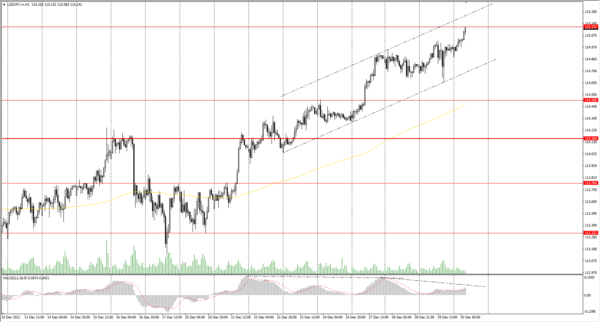 From a technical point of view, the USD/CAD currency pair trend is bullish. Buyers again were able to defend the priority change level, the price failed to consolidate below, forming a false breakdown zone. The MACD indicator is signaling a buy divergence. Under such market conditions, it is better to look for buy deals on the lower timeframes with the target of 1.2903. Sell deals should be considered from the resistance level of 1.2903 or after breakdown and fixation below the priority change level.

Alternative scenario: if the price breaks down through the 1.2783 support level and fixes below, the downtrend will likely resume. 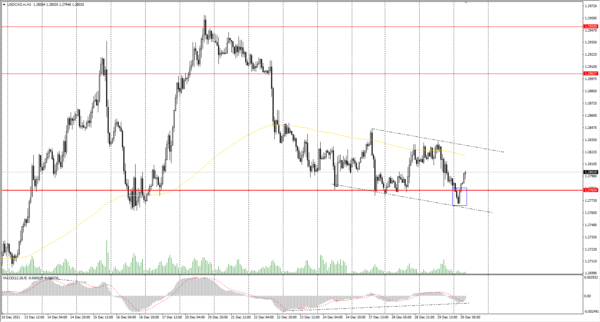 XRP Price Could Get A 23% Boost From This Bullish Formation.