Start the week of June 13, 2022 with our Forex forecast focusing on major currency pairs here.

The yen is a popular asset during turbulent times.

The British pound has rallied during most of the week but gave back quite a bit of the gain as more of a “risk-off” environment came into the markets. Inflation numbers on Friday were horrible in the United States, so that’s only going to exacerbate this problem. Because of this, the market is more likely than not going to continue to pull back a bit, but I don’t necessarily think this is the end of the uptrend. We have formed a little bit of a “double top”, but I do think that eventually, the games that the Bank of Japan is playing with its interest rate market will continue to put downward pressure on the yen.

The euro was pummeled last week, with most of the losses coming on Thursday and Friday. The ECB suggested that there were interest rates coming down the road, but they are small and incremental. It’s not like the Federal Reserve, which is starting to show that it is going to have to get extraordinarily tight. This is especially true after the inflation numbers came out much hotter than anticipated on Friday. It’s only a matter of time before you break down below the 1.05 level and go look into the 1.04 level. 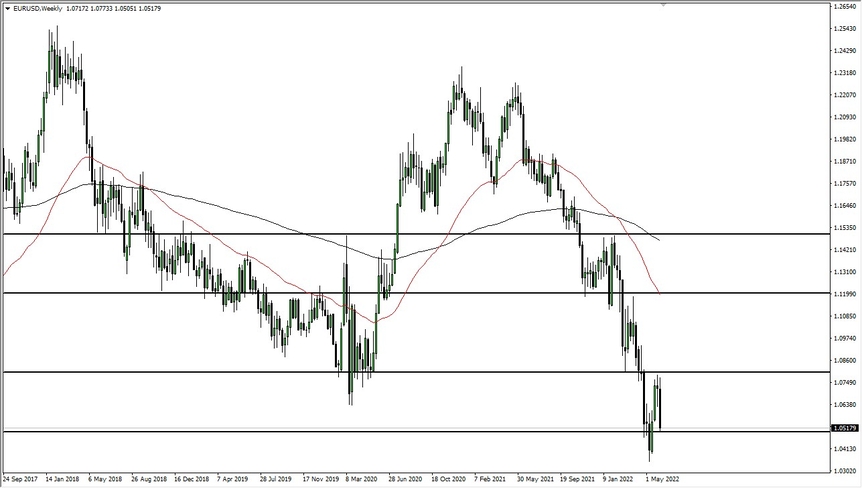 The US dollar skyrocketed against the Japanese yen yet again during the last trading week, and even though we had pulled back both Thursday and Friday, buyers came back in to pick up this market. With the Federal Reserve having to tighten monetary policy as aggressively as they will, and the Bank of Japan looking to keep interest rates down, this is a perfect storm for this pair to continue blasting off to the upside. I think dips at this point in time will continue to be bought, and it’s likely that we will break through the ¥135 level sometime this week. 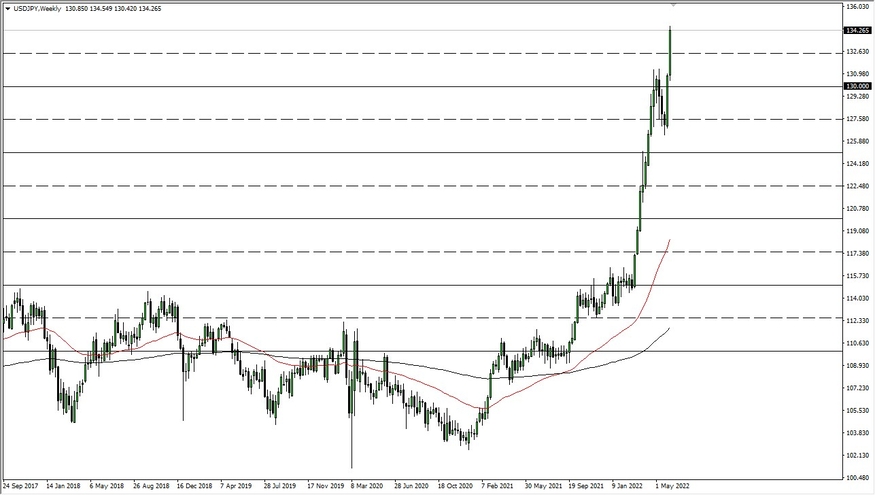 The Australian dollar tried to rally last week but gave back the gains as we are getting close to the 0.70 level. This is an area that should be significant support, but if we break through there again, it’s likely that we will continue to go lower as we have already attempted it about a month ago, so a lot of the damage has already been done ahead of the next attempt. I have no interest in buying this market, and short-term rallies will continue to offer selling opportunities. 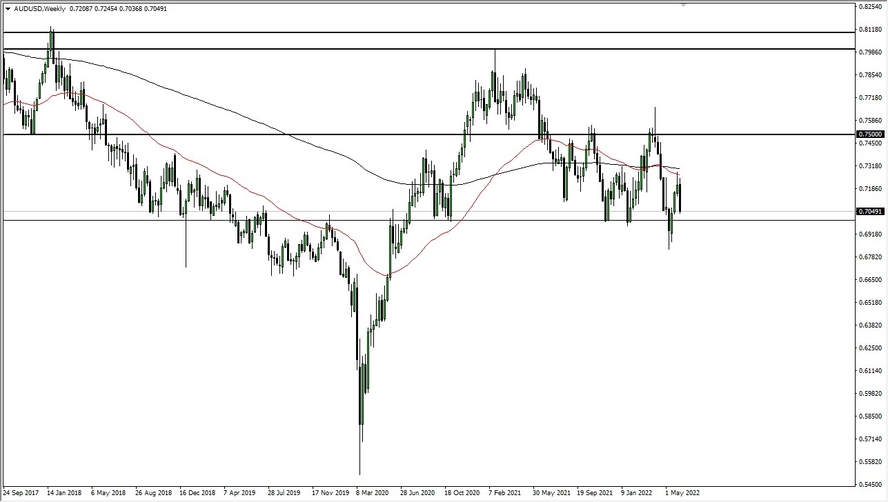