Why the bloodbath can lead to a new bull rally

Bitcoin price has developed a strong bounce off of yesterday’s sell-off. While BTC has been up as much as 8%, it has given up a good chunk of those gains, it’s still higher by 3.5% on the day. Despite the strong sell-off on Monday, an aggressive long opportunity developed on Bitcoin’s $1,000/3-box reversal Point and Figure Chart.

The aggressive long opportunity is a theoretical buy stop at $35,000, a stop loss at $32,000, and a profit target at $47,000. The trade setup represents a 4:1 reward for the risk. A two-box trailing stop would help protect any implied profit made post entry.

The theoretical long setup is based on a Spike Pattern, so it has no invalidation point. If the current O-column moves lower, the entry and stop-loss follow in tandem until triggered. The profit target remains the same.

Ethereum price is facing continued weakness and selling pressure despite the major rally today. Bulls pushed ETH to an intraday high just shy of the $2,500 level at $2,460, where it promptly found sellers. However, prices are holding steady at $2,350 – higher by 6% for the day. 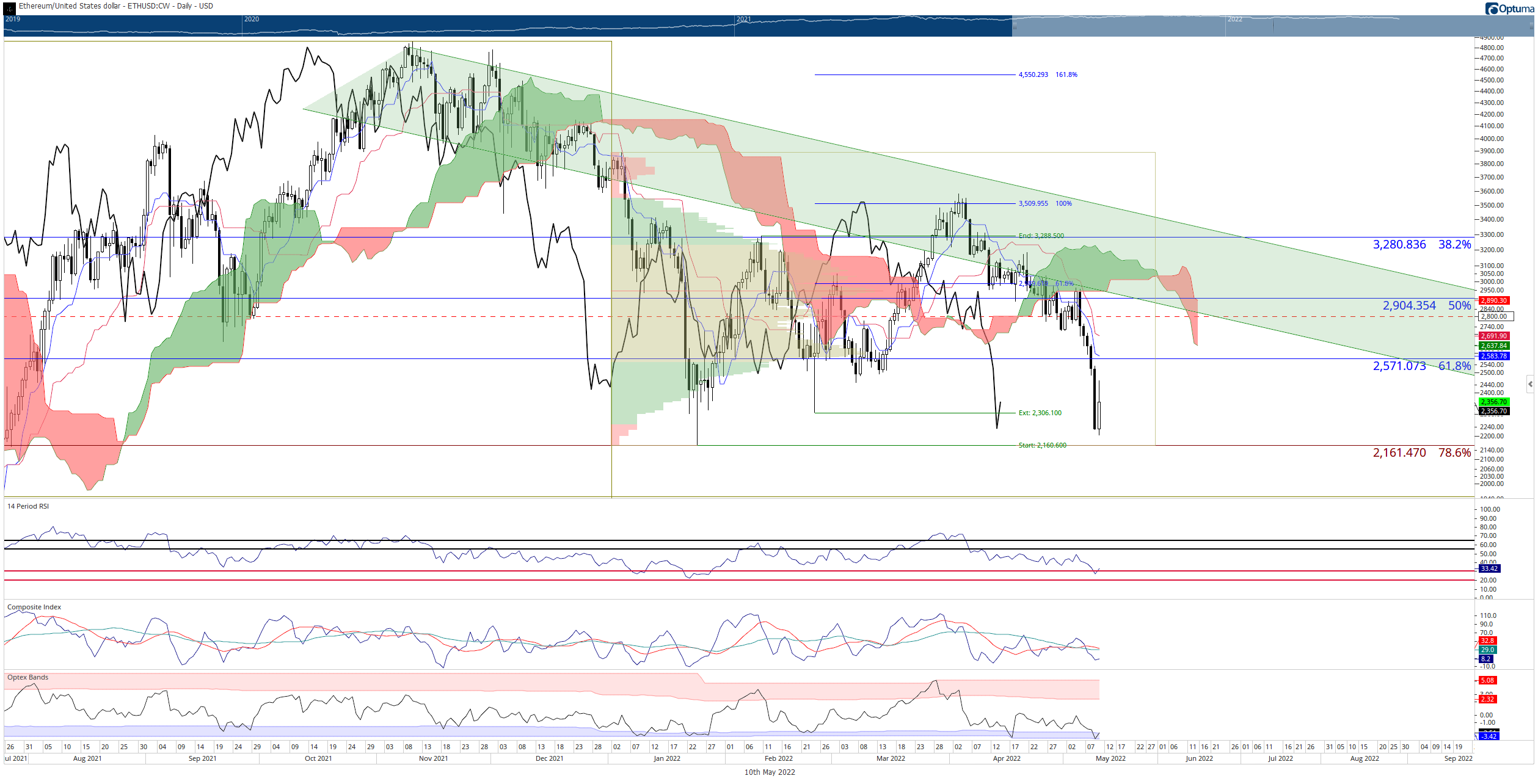 XRP price at a make-or-break point

XRP price is sitting on top of its final primary support structure near the crucial $0.50 price level. Unfortunately for XRP bulls, conviction from buyers has yet to appear. If XRP bulls fail to enter, a much deeper collapse may occur.

Any time spent below $0.47 creates conditions for a flash crash towards the next major high volume node in the 2021 Volume Profile at $0.30. 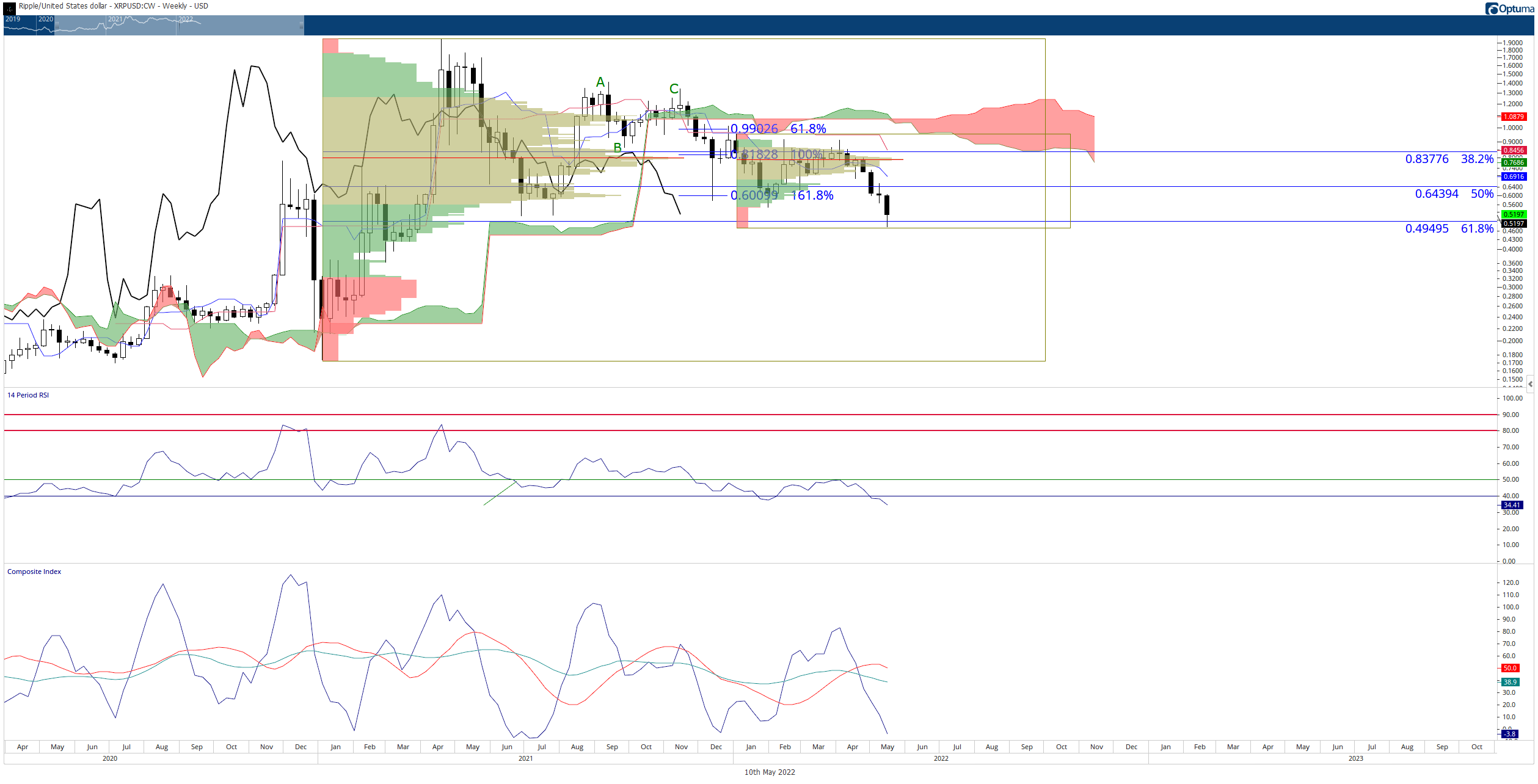 The weekly oscillators show mixed conditions. While the Relative Strenght Index remains in bull market conditions, if it hits 30, then it converts into bear market conditions. However, the Composite Index recently hit a new all-time low on the weekly chart and is still at historical lows, indicating a strong bounce may play out.

Any XRP price upside potential is likely limited to the $0.75 value area.